While made before any one of them hit their primes, Blue Moods boasts an all-star lineup featuring Miles Davis, Charles Mingus and Elvin Jones.  It’s like when the Oklahoma City Thunder had Kevin Durant, Russell Westbrook, and James Harden at the same time—the would-be juggernaut to end all juggernauts had they just stayed together.  Combining the greatest trumpeter, bassist and drummer in jazz history, they are surprisingly upstaged by the eerie vibraphones of Teddy Charles.  He’s the real MVP, as his chilling vibes (musically speaking) lend this short record—four songs, 26 minutes—the cool-jazz outré that makes for such a mysterious and captivating listen.  NBA comparisons: Miles is KD, Mingus is Russ and Elvin Jones is Harden.  That makes Teddy Charles…Serge Ibaka?

Ornette’s second album is one that gets better as it goes along.  That is, it’s hard to penetrate at first.  It’s not as experimental—or catchy—as The Shape of Jazz to Come, but it is still a cathartically challenging listen.  Aside from the wonderful “Tears Inside”, it’s usually not until the final four songs that I finally get a good grasp of this album and realize that it is a modernist jazz classic. 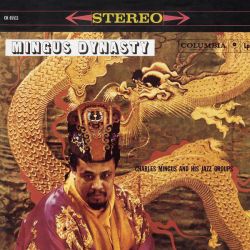 A companion to Mingus Ah Um, but this underrated follow-up isn’t merely a B-sides collection.  Well, it kinda is, but make no mistake, this is Mingus operating at peak efficiency once again.  The Angry Man of Jazz employs his signature off-brand of aestheticized post-bop, and whether it’s originals, rehashes or cover tunes, he has never disappointed my ears.

This is the perfect noir soundtrack.  The classic French noirs—like Bob le flambeur, Army of Shadows and this here Elevator to the Gallows—remain underrated, but are just as good as their American counterparts.  I’m a big fan of director Louis Malle (of Au revoir les enfants and My Dinner with André fame) but this might be the rare case where the soundtrack surpasses the film.  Or rather, the soundtrack makes the film.  Miles’ lonely trumpet announces both the beginnings of the French New Wave and his upcoming turn to modality.  Looking ahead to Kind of Blue but looking back to Birth of the Cool, Ascenseur pour l’échafaud and its companion film are both among the decade’s greatest works of art.

The ‘50s jazz equivalent of “kick out the jams, motherfucker,” Tenor Madness—for lack of a better word—rocks.  Sonny Rollins is in the midst of his untouchable ’55—’58 hot streak, where every time he shoots, he’s finding the bottom of the net.  The searing title track is the only known recording featuring both Rollins and John Coltrane, but much of this record is driven by the powerful rhythm section—Philly Joe Jones on drums (almost sounds like Roach) and Paul Chambers on double bass (in the midst of his own ’55—’60 hot streak). 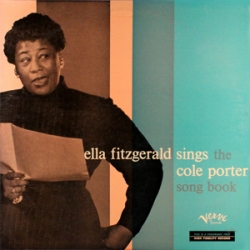 Ella’s rendition of “Anything Goes” is one of the greatest songs of the decade, combining one of Fitzgerald’s best vocal performances with some of Cole Porter’s wittiest lyrics.  It is the highlight of the album, and is only the second track out of a whopping thirty-two.  This isn’t a true album, after all—it’s a songbook.  Fitzgerald keeps things interesting over the entire two hours.  This would be a double album on a CD-90, so it must’ve been a quadruple album (at the very least) back in ’56.  To keep affairs lively over eight fuggin’ sides of vinyl is, quite honestly, one of the greatest achievements in modern musical history.

Highlights: “Anything Goes”, “All Through the Night”

Highlights: “You Make Me Feel So Young”, “It Happened in Monterey”, “I’ve Got You Under My Skin”

Miles’ earlier recordings—Relaxin’, Workin’, Steamin’ and Cookin’—are fine outings but all tend to sound somewhat similar: basic hard bop played exceptionally well.  Aside from the underrated Blue Moods and, of course, Birth of the Cool, ‘Round About Midnight can be seen as Davis’ first forward-thinking masterpiece.  This is innovative hard bop, shades of modality thrown in, played at the highest level by one of the greatest lineups ever.  Miles, Coltrane, Philly Joe Jones, Paul Chambers and Red Garland operate with San Antonio Spurs-like chemistry and Young Kobe confidence, making for one of the most influential albums of the decade.

While not as immediate as his debut, Looking Ahead! finds the greatest avant-garde pianist of all time continuing to explore and expand his palette.  Featuring a spare lineup of piano, vibes, bass and drums, Cecil Taylor’s music remains stark yet highly progressive, confined yet ever expanding.  With one foot rooted in hard bop convention and the other high-stepping into Out to Lunch! territory, Looking Ahead! is so great because of how seamlessly it integrates both aspects—the traditional and the avant-garde.  The songs are more impressionist rather than expressionist, which interestingly makes for one of Taylor’s more relaxing albums.

Highlights: “Of What”, “Wallering”, “Excursion on a Wobbly Rail” 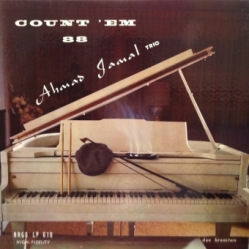 Consider him the Lennie Tristano of modal jazz—a little-known yet highly influential genre innovator.  Ahmad Jamal’s lengthy solo piano vamps were early precursors to the tradition spearheaded by Miles Davis in 1959.  In turn, the music of Jamal was a direct influence upon Kind of Blue.  Along with his live album, At the Pershing: But Not for Me, Count ‘Em 88 is one of Jamal’s definitive statements.  This lo-fi recording finds the underrated songsmith at his absolute best: slightly left-of-center cocktail-jazz soloing atop spare accompaniment and minimalist chord changes, which all makes for an extremely relaxing and comfortable listen.