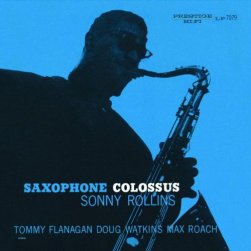 The greatest playing of Sonny Rollins’ career, and therefore the greatest saxophone playing of all time.  Which, in turn, means that his performance captured on “Blue 7” is the absolute apex of the instrument itself.  I may be exaggerating here, but if I am, it is only slightly.  Saxophone Colossus is Sonny Rollins’ greatest album, his finest performance and his finest interplay with God-level drummer Max Roach.  Rollins’ style may fit right into the hard bop mold common of the era, but his playing is always unpredictable and exciting.  If you call yourself a fan of jazz yet you don’t own this album, then you, sir, are living life the wrong way. 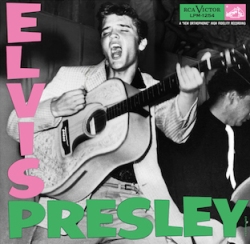 Elvis Presley’s debut may sound tame by today’s standards, and even when compared with contemporaries like Chuck Berry or Little Richard, it still sounds primitive.  But, make no mistake, this is great rock and roll.  From hard rockabilly numbers (“Blue Suede Shoes”, “I Got a Woman”) to faux-tearjerkin’ ballads (“I’ll Never Let You Go”, “Blue Moon”) to actual tearkerkin’ ballads (“I’m Counting on You”, “I Love You Because”), Elvis covers all bases with a dangerous amount of swagger—they didn’t call him the fucking King for nothing.  While Chuck Berry brought blues and Little Richard brought R&B to the early rock ‘n’ roll formula, Elvis was responsible for bringing country & western ideologies, which made him the perfect, readymade American hero to pin a musical revolution on.  Led by the King’s charismatic, one-of-a-kind voice and Scotty Moore’s “hillbilly Keith Richards” guitar solos, this landmark LP remains the standard for all early rock music. 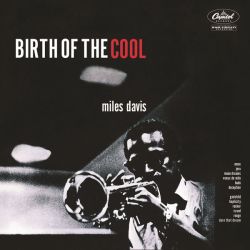 Miles Davis reinvented jazz music four times.  Four! That’s incredible.  The first major sea change came in 1949-50 when he recorded the legendary Birth of the Cool sessions.  Utilizing a large backing band (featuring Max Roach on drums) and arrangements by Gil Evans, Davis’ cool jazz is relaxing and dreamy, and a major advent in post-bebop jazz.  An album that is as enjoyable as it is timeless, it’s no wonder Birth of the Cool is Lisa Simpson’s favorite record. 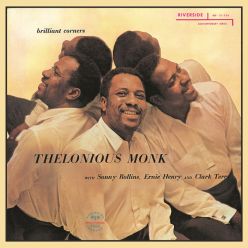 Brilliant Corners is Thelonious Monk’s most inventive album, the master’s greatest achievement.  There are two songs here that are true Best of Decade contenders—one of them (“Pannonica”) is a hazy celesta-tinged ballad that borders on the surreal, and the other (“I Surrender, Dear”) is perhaps the greatest solo piano piece in the jazz canon.  Monk’s style on this album differs from all hard bop heard before or since: a jittery start-and-stop jamboree full of angular melodies and steamy rhythms.  It is, without a doubt, one of the most essential recordings in jazz history. 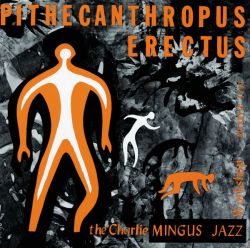 Charles Mingus’ incredible 1956 LP is one of my “Wild Honey albums”: that is, I know it’s not the artist’s greatest work, but it is the one I listen to the most.  And with good reason.  Pithecanthropus Erectus contains a perfect balance of avant-garde and conventional wisdom.  Only four songs, but all of them classics.  Lo-fi dissonance, wailing sax, circular structures—it’s all there.  You need only to pick and choose, and Charles Mingus will deliver. 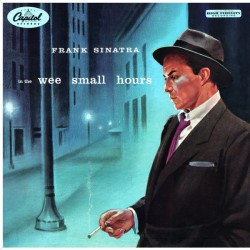 These songs are timeless.  All of them sad, lonely songs, but not as lonely as Only the Lonely, which was a tad too lonely.  These are the perfect level of lonely—not overbearing, but purely relatable; a masterclass in empathy.  The arrangements, and the melodies too, carry hopeful tones, perfect counterpoint to the subject matter.  Besides featuring Frank’s greatest, most genuine vocal performance, In the Wee Small Hours also contains amazing backing orchestrations—not majestic, but small and reserved, which makes all the difference. Every single song is A-plus material, too, which makes this Sinatra’s most enjoyable straight-through listen.

Highlights: “In the Wee Small Hours”, “I Get Along Without You Very Well”, “Deep in a Dream”, “It Never Entered My Mind” 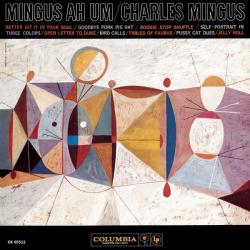 Charles Mingus played the bass, and his inventive thumping can be heard driving every song.  As a solo bandleader, though, he operated more as a point guard.  The other guys in the band are just as, if not more important to the overall sound and aesthetic.  He works within a sextet/septet format here (three saxes and one trombone), and the possibilities are endless.  Intertwined solos, spectacular interplay, unbelievable melodies—and it’s catchy as hell, too.  “Better Git It in Your Soul,” “Goodbye Pork Pie Hat” and “Self-Portrait in Three Colors” are three of the most hummable jazz tunes I’ve ever heard.  Mingus Ah Um sets the stage for the 1960s post-bop movement by looking to music’s past: the blues, gospel and even deeper into African American history.  That’s not to say Ah Um isn’t a work of modernism; in fact, it’s as forward-thinking as its album cover. 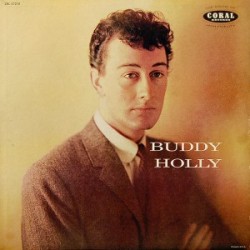 Buddy Holly’s first album—The “Chirping” Crickets—was a pleasant record, sure, but a tad too immature and corny.  Holly was a geeky white dude, after all.  Certainly, not as cool as Chuck Berry or Elvis.  But Holly made tremendous leaps on his second LP, and what he lacked in coolness, he gained in hipness—developing an uncanny knack for perfect pop instincts, while also becoming the first “serious” “album-artist” of the rock and roll era.  “Everyday” is the obvious highlight, featuring thoughtful lyrics and a celesta, a baroque pop tune years ahead of its time.  But let’s not overlook “Words of Love”, which basically invents folk rock.  Holly was the artist who would have taken rock and roll into the next decade, but he died in 1959 in a tragic plane crash.  Had things gone differently, the entire course of rock music could have been changed.  Holly was a mercurial talent on the rise.  One of the biggest “what ifs” in music history. 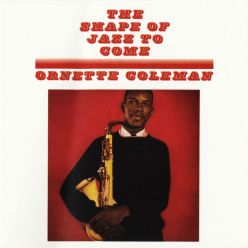 Ushering in a new era, The Shape of Jazz to Come—as its title suggests—is prophetic.  These songs are raw and powerful, driven by Coleman’s harsh, dissonant solo runs and Charlie Haden’s merciless, pounding bass.  Without piano, these free-improvs are free to wander wherever they want, unburdened by traditional chord changes.  A stream-of-consciousness splattering of jazz-stuffs onto an empty canvass never sounded so good.  Just like with Captain Beefheart’s Trout Mask Replica, though, the brief snatches of traditional melody are what make up the best moments.  Then again, it’s always wonderful to just get lost in the noise. 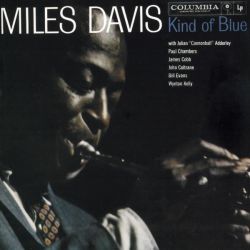 While Miles may have been irked that The Shape of Jazz to Come muted Kind of Blue’s initial impact, it is now widely recognized that Kind of Blue is the greatest jazz album of all time.  The gap between Kind of Blue and the rest of the albums on this list (The Shape of Jazz to Come included) is night and day.  This is not only the greatest album of the decade, and of Miles Davis’ legendary career, but this is one of the greatest albums ever made—surely in the top 10, probably in the top 5.  Quoting from Allmusic editor Stephen Thomas Erlewine now: “Why does Kind of Blue possess such a mystique? Perhaps because this music never flaunts its genius…It’s the pinnacle of modal jazz—tonality and solos build from the overall key, not chord changes, giving the music a subtly shifting quality…”  Great stuff, Stephen, all true.

There is a relaxed unexplainable mysticism about this record, contributing to its half-century long appeal.  The ballads (“Blue in Green”, “Flamenco Sketches”) are the most beautiful found in jazz, while the boppers (“So What”, “Freddie Freeloader”, “All Blues”) are the peak of modality.  If you made it all the way to the end of this list, were you realistically expecting the top spot to be anything different?  This album contains multitudes.

Highlights: “So What”, “Blue in Green”, “Flamenco Sketches”