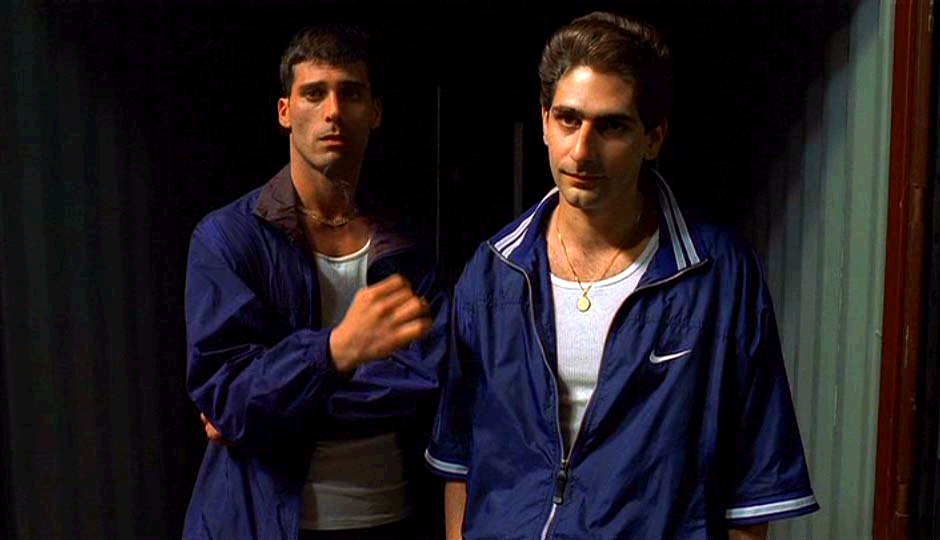 The final scene of The Sopranos’ third episode, “Denial, Anger, Acceptance,” is a masterful ode to The Godfather, a thrilling conclusion that juxtaposes the sacred and the profane. Tony crying tears of joy at his daughter’s choir recital is a stark contrast to Christopher Moltisanti begging for mercy while a gun is pressed against his head. This mesmerizing final sequence is brutal in its realism and artful in its composition — a watershed moment for the superb, fledgling series.

But fuck all that pretentious shit; we’re here to discuss one thing and one thing only: determining the exact moment Christopher soils his pants on the pier1. Because this is such vital information, the final scene should be treated like the Zapruder film. Let’s analyze it with the microscopic attention to detail it deserves.

1We know, or can at least suspect, that Chris shits himself during this scene because it is discussed in the following episode, “Meadowlands,” when Adriana directly asks him: ‘I heard the nurse say you went number 2 in your pants, is that what happened??”

Furthermore, Uncle Junior refers to Chris’ “colonic,” while another character alludes to his “b.m.”

To start, Chris makes a poor decision right from the get-go. You never want to eat a burrito before you’re dragged to a mock execution by Russian thugs. It is literally the WORST possible food choice in this situation. He was probably going to shit himself anyways.

The two Russian thugs drag Chris to the end of the pier, putting his legs in a vulnerable, pressure-release position. Chris is completely helpless in this situation.

But this right here is the precise moment it happens. The hitman pulls the trigger, and Chris’ body instantly goes into rigor mortis. Scared shitless, a lifetime of fear flushed down the drain.

It takes Chris half a second to realize the gun wasn’t loaded, and even quicker to realize that the warm feeling in back of his britches isn’t because he’s sitting on a burrito. Read his eyes: “You’ve gotta be shitting me.”

The Russian instantly smells it. You can hear him mention it in the background (“Eww. P.U.”). He kicks Chris to the ground out of disgust. This also explains why Chris continues to writhe about after the Russians leave. He’s not screaming in pain; he’s screaming in embarrassment. The rain ain’t helping, neither.

I just hope to God that Brendan Filone didn’t shit himself when he was executed in the bathtub.