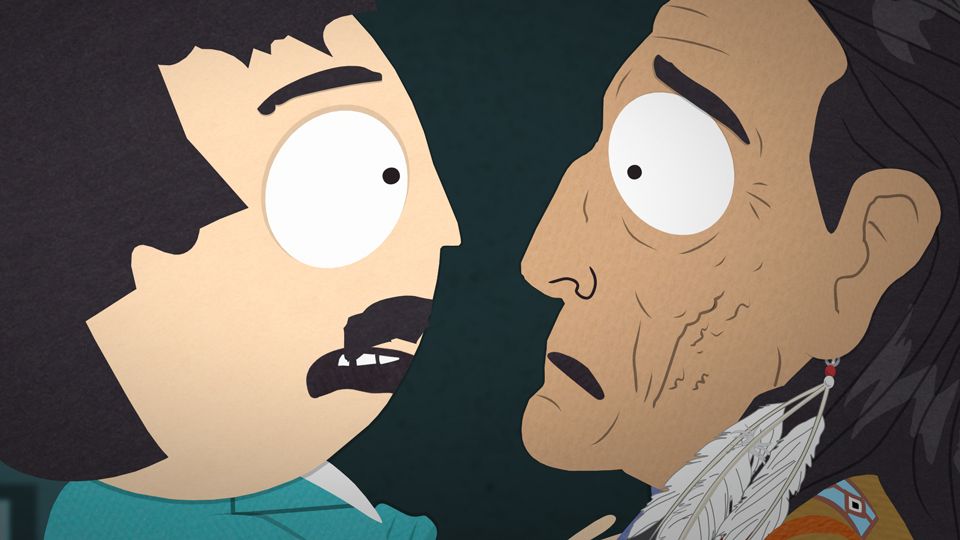 Commentary on PC culture has either rejuvenated South Park or caused the series to go stale. Whatever your point of view may be, you have to agree that Randy Marsh is the perfect character for the show to pick on — he wants to do the right thing, but he’s always overdoing it to the point of making an ass of himself.

“Holiday Special” is the funniest episode of the season thus far, although that’s no great accomplishment. It’s a return to the basics: the plot consists of stupid shit. Shit so stupid that it’s hilarious, like Randy making out with a Native American man right before taking a DNA test. This is the South Park we tune in for every week.

I really would have liked to see South Park tackle the indigenous peoples controversy with a little more aplomb, but hey it’s a cartoon — whaddayagonnado? At least it was funny, or rather, it was funnier than the previous two episodes.

At the end of the day, “Holiday Special” still leaves us with one little nugget of truth — if society is considering sending kids to school on Columbus Day, then why does the holiday even exist?

-The funniest moment is when Randy is elated to discover that he is 2.9% Neanderthal—a people who were wiped out by early hominids thousands of years ago.

-Another great recurring gag is Randy’s complete misuse of the word ‘indigenous.’

“You have to overdo it in today’s society, Stan. You can’t be nuanced and subtle anymore or else critics go, ‘Wow, what was the point of that?’”

“I don’t care if people get indigenous. I’ll crap all over their statues.”