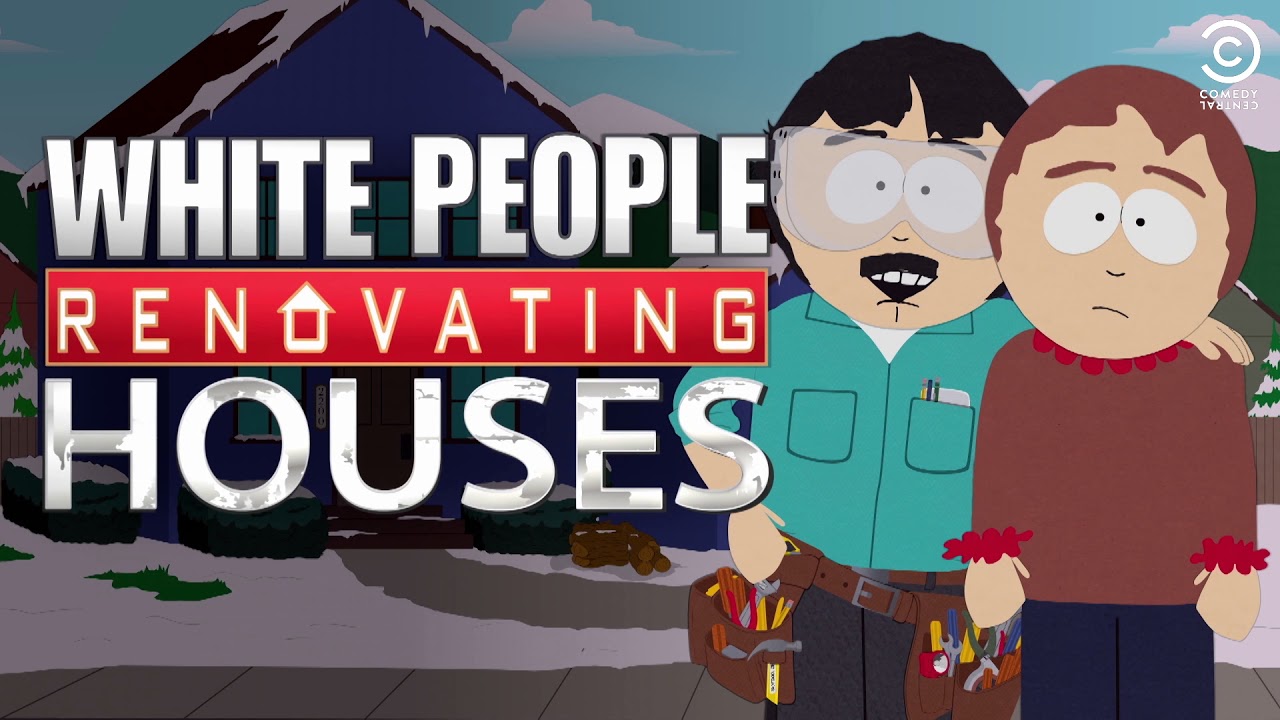 They took our jobs (again)

Season 21 premieres with “White People Renovating Houses,” a welcome return to episodic form. And while the humor isn’t exactly a return to form, at least the emphasis is back. The episode starts very promising, with a lot of dumb little jokes getting us warmed up, the funniest being Randy’s new HGTV show that lends the episode its title. But this is small consolation for an episode featuring two storylines that don’t quite gel.

Cartman’s relationship with Heidi, which also wore out its welcome in Season 20, gets another spotlight here. Not that I really care about the couple — South Park was never a show about character development, and I’ll be damned if I’m tuning in to Comedy Central on Wednesday nights for the cartoon version of The Affair.

The B-storyline lightly touches on the Charlottesville rally and the infamous “both sides” remark, but doesn’t get its hands dirty. Which, once again, I don’t watch South Park for the political commentary, but still a pretty shallow portrayal of a touchy issue. The “they took our jobs (durk err durr)” guys blame Siri and Alexa for, uh, taking their jobs, and then wave Confederate flags around. “Not these guys again,” Randy says when they interrupt filming of his show.

Eventually, the rednecks get their way. Cartman comes home to find Alexa replaced with Jim Bob, who isn’t quite as subservient: “Jim Bob, Simon says ‘big frosty semen shake.’” “The hell you talkin’ bout, boy?” One of the funniest moments is musical — a country rendition of Kendrick Lamar’s “Humble.”

By the end of the episode, the funny moments are too few and far between. And the ending — triumphant music? cheesy animation? Cartman voiceover? — is bogus, especially if it’s meant to be taken seriously.

South Park premieres aren’t usually too special. I won’t judge the entire season by the first episode, but the lack of intelligence is pretty concerning…

-South Park has a long history of underwhelming season premieres. Over the last five years (including season 22’s “Dead Kids”), the best opening episode from Parker & Stone is probably “Stunning and Brave.”

-Heidi/Cartman will be a recurring element throughout the season, but that doesn’t mean the episodes will be as heavily linked as in seasons 19 and 20. Season 21 is more on par with the light serialization found in years 15, 17 or 18.

-The week’s best character: Randy Marsh, who is at his funniest when aggressively tearing down cupboards and drywall.