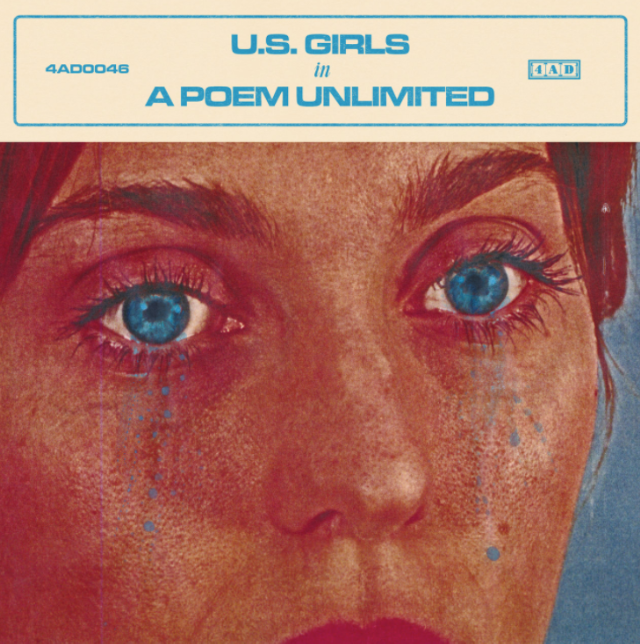 Meg Remy, a U.S. expatriate girl now living in Canada, has been making music for a while now, though relatively few have noticed. She began as an avant-garde electro-experimentalist—“sound artist,” I am told—in the late-2000s before shedding her dark ambient roots in favor of exploratory pop sounds by the mid-2010s. Her latest, In a Poem Unlimited, is her best and most accessible release yet.

Remy adopts new genres like countries, and each sound she chooses comes as a stimulating surprise. Early on, she finds that trip-hop mixes well with neo-psychedelia (“Velvet 4 Sale”), and even better when seductive saxes are added on top (“Rage of Plastics”). There’s real rock guitars—no finer than on the nearly eight-minute interstellar overdrive finale, appropriately titled “Time”—and there’s faux hip-hop backbeats—interestingly, “Pearly Gates” seems to have its roots in the Dirty South.

Remy’s voice is something to marvel at too. Her closest contemporary is fellow countrywoman Claire Boucher a.k.a. Grimes. Their styles are somewhat similar, though Remy takes less vocal risks. She also isn’t as fey, preferring to stay a little more grounded within the music’s reality. Even so, Remy can embody a tone that is delightfully posh, and it is what carries the album’s best song, “M.A.H.”

Let’s talk about “M.A.H.” for a moment. Shrouded in cheesy disco, this might be the best pop tune I’ve heard all year. The opening melody sounds like “Be My Baby,” played by bass as opposed to Hal Blaine’s drums. When the chorus briefly returns to this motif, it is an unexpected treat. But the real treat is the way Remy sings over it with a drill-like countermelody—in that voice! A few seconds of bliss that makes the entire song…

U.S. Girls is, lyrically, powerfully feminine, but in a manner in which she knows she doesn’t need to espouse. We’re with ya, girl. “Fire on stone versus fire on flesh/My lover wins the contest/Can you imagine trying to get some satisfaction out of a stone?” Throughout the album, she is in a constant struggle with her “L-Over,” but she is always in charge: “You got that winner’s smile and you know I leave ‘em moist.”

Judging by the eclectic mix of culture-clashing sounds, it would appear that Remy has finally found happiness. She hasn’t, yet. A conceptual artist is never satisfied. I know that I am satisfied—In a Poem Unlimited is an early highlight of 2018—but I also know that conceptual artists often change course at the drop of a hat. Enjoy this now, and see where she’ll be going next.

In a Poem Unlimited – U.S. Girls