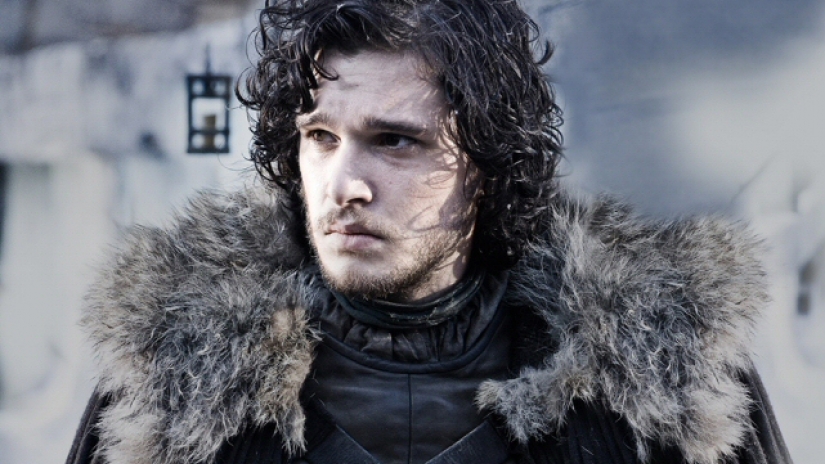 For a first-time Game of Thrones newbie, these early, season one episodes seem like an impenetrable, complex sprawl—mountains beyond mountains.

For the seasoned vet who doubles down as Westerosi historian, the first few episodes lay out the lore of the land in breathtaking fashion.  Pay close attention to those Easter eggs and fan-theories you missed out on the first time.

“Lord Snow” is always a favorite of mine to return to because it is so rich in world-building and backstory.  Usually early-series exposition is a dull affair, but Thrones makes the mythology as fascinating as the narrative.

The episode is so stuffed with vital information that “Lord Snow” can almost serve as a Thrones Rosetta Stone.  Dare I say it? It’s almost like you’re reading a book.

David Benioff and D.B. Weiss obviously favor a novelistic approach with their show (no shit, Sherlock), and the heavy exposition is usually delivered in dramatic monologue.  Once again, this method succeeds because of the tremendous cast.  Did people actually deliver lengthy soliloquys to each other as if they were in renaissance plays? Who knows, but hopefully their speeches were as piercing (and vulgar) as the ones on Thrones.

“Lord Snow” finds the characters thinking back on the past.  King Robert tells war stories, while Ned Stark confronts Jaime Lannister of how he literally stabbed the Mad King Aerys Targaryen in the back.  Ned and Jaime’s opening back-and-forth—taking place in the throne room no less—is quite possibly the episode’s most important scene.

It gives us a sense of exactly where we are in this fictional land—who’s who and why they conspire against who’s who.  Aerys Targaryen was a crazy pyromaniac who burned Ned Stark’s father and brother alive, so Jaime claims he was acting out of justice when he killed the Mad King.  Honorable Ned thinks what Jaime did was dishonorable (get a grip, Eddard), but Jaime later mentions that the Mad King’s dying words were what he had been mindlessly repeating for hours— “Burn them all.”

“Lord Snow” is rich in history and brimming with discovery.  We get to see the Wall for the first time! What a spectacle—Trump would be proud.  Separating the Westerosi North from the Lands Beyond the Wall, the noble Night’s Watch makes sure the Wildling scum remains north of the border (yeah, Trump would be proud).

Jon Snow, who has signed up for a celibate life as Watcher on the Wall, finds that the noble profession ain’t so noble after all.  Tyrion Lannister, a tourist looking for good times, gives Snow a few life lessons so he can make the most out of this miserably cold situation.

Tyrion pisses from the top of the Wall and gets to depart the next morning, while his new buddy Jon gets to freeze his dick off for the rest of his life.  But it’s not so bad; he’s already making friends.

We also get to meet the Small Council.  Fucking finally, amiright?

What makes Thrones such an instant hit is that this is a fantasy show where the political storyline is the most interesting aspect.  We’re not there yet, but “Lord Snow” is laying down the foundations for a yarn full of scheming, deceit and fucking.  Lots of fucking.

Introductions, plenty of introductions.  A hundred characters already, and it seems like a hundred more are introduced with each episode, but that soft-spoken bald guy over there is named Varys (the royal spymaster, “The Spider,” Master of Whispers, he’s a eunuch); the handsome cheery fellow is Renly Baratheon (King Robert’s homosexual brother); the disgusting old man is Grandmaester Pycelle (a doctor of sorts, and a known pervert); and the guy who plays Mayor Tommy Carcetti in The Wire (Aiden Gillen) plays a squirmy little weasel named Lord Petyr Baelish (“Littlefinger,” Master of Coin, brothel keeper, still madly in love with Catelyn Stark).

You follow all that? These are Ned Stark’s new work buddies now that he’s Hand of the King.  We’ll be seeing a lot of them.  What’s the line? The King shits and the Hand wipes?

Sure, Thrones is somewhat hard to follow initially, but the real magic is in watching this world come to life.  The map is large, but the story is dynamic.  Jon Snow is an emo bastard coming of age in the far north, while Arya Stark is a lovable tomboy learning to swing a sword in a man’s world, yet all the disparate threads feel closely connected thanks to Thrones’ icy heart.  Real emotions.

The only disconnected element is when the episode cuts to Danaerys Targaryen.  The storyline itself isn’t flawed (just slow), but it is jarring in how isolated it is from the rest of the show.  Dany and her unbearable older brother Viserys are the last remaining children of the Mad King, the true heirs to the Iron Throne, but other than that, they are completely on their own.

There is no moral touchstone like Ned Stark in Dany’s storyline, only Dany herself.  Emilia Clarke is doing a fine job, but Danaerys isn’t yet one of my favorites.  Her husband speaks only in Dothraki, her golden-haired brother is abusive, the landscape is a mixture of Saudi Arabia and Nebraska—Dany doesn’t have much to work with.

For a show this sprawling with a backstory this extensive, let me say it: it’s never been done better.  Game of Thrones is perhaps the most immersive TV show of all time, and here we are in episode three—I’m already immersed.  Head to toe.

If you’re not convinced, give it till episode five.  By then you’ll be praying to the old gods and the new.  For now, I think “Lord Snow” is a hell of an origin story.  I’ll pray to the Great Stallion.

-By the time season three rolls around, Jaime Lannister will end up becoming one of the show’s best characters.  Doesn’t seem like it now—he’s a sister-fucking child-crippling douche—but I can’t help but feel for him here, since I’m aware of what he’ll become.  His relationship with Cersei will always be dangerously toxic, but the way he reminisces of how he earned the nickname “Kingslayer” plants the seeds for an extremely misunderstood character.

-Old Nan tells Bran a story of the Long Night.  Even the White Walker mythology is added upon in “Lord Snow.”  But we’re still waiting on those giant ice spiders…

-Another thing that Thrones has going for it is a healthy dose of humor.  Plenty of it vulgar, plenty of it hilarious, much of it derived from King Robert.

-Turn away now, but this is actually the last time Ned Stark and his wife Catelyn will ever see each other.

-The real reason for Robert’s Rebellion was because the woman Robert was originally betrothed to marry, Ned’s sister Lyanna, was kidnapped by Prince Rhaegar Targaryen (son of the Mad King).  When Ned’s father Rickard and brother Branden met with the Mad King to ask for her back, they were burned alive.  This started the war that ended the centuries-long Targaryen dynasty.  The Lannisters, allies with the crown, backstabbed and massacred the people of King’s Landing before Robert and Ned could enter the city with their army.  Jaime himself—a sworn member of the Kingsguard—was the one to kill Aerys.

-As we saw in the first two episodes, Dany and Viserys are in exile in Essos, though Robert has made it clear he wants them both killed.  And why did Jorah Mormont suddenly depart the camp after hearing the news that Dany is pregnant?

-By the way, Dany’s pregnant!

-Another reason the Dothraki storyline feels disjointed: it doesn’t even enter the episode until 30 minutes in.

-Love the ending: Arya sparring with her sword-fighting instructor Syrio Forel, as Ned looks on with a PTSD thousand-yard stare.

“Everyone who isn’t us is an enemy.”

“War is easier than daughters.”

“They can write a ballad about us.  The war for Cersei’s cunt.”

“Jaime Lannister, son of the mighty Twin.  Forced to mind the door while your King eats and drinks and shits and fucks.  Come on, we’re telling war stories.  Who was your first kill, not counting old men?”