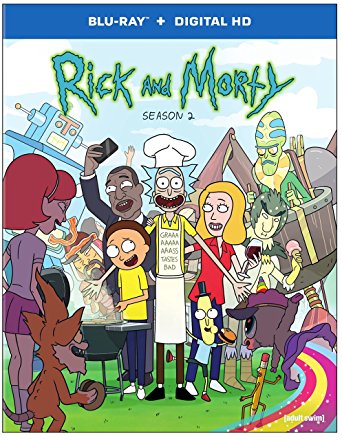 Rick and Morty was already a cynical show in season one, but it takes an even darker turn for its follow-up. The above quote was taken from the season two finale, “The Wedding Squanchers,” and it pretty much sums up how our lead character, arrogant scientist Rick Sanchez, views humanity.

Such a bleak outlook means that nothing is sacred, and that is why Rick and Morty is never overbearing. Despite the piercing expletives and depressive frame of mind, this show is consistently daring, imaginative and hilarious.

Not to mention ambitious. Rick and Morty aims for prestige when most animated TV shows wouldn’t even try. Creators Justin Roiland and Dan Harmon don’t always necessarily hit the mark — Rick’s suicide attempt to conclude “Auto-Erotic Assimilation,” for instance — but they are always trying to outdo themselves. Aside from “Get Schwifty” (by far the series’ worst episode), each Rick and Morty episode is a smart and affecting world unto itself.

That’s not to say season two didn’t have its ups and downs. With greater ambition comes greater risk of failure, and sometimes I’m not completely on board with the pessimistic attitude.

Not everything in season two worked — the over-reliance on multiple, duplicate perspectives, the boring state of Beth and Jerry’s marriage, and even Rick’s own world-weariness. But the stuff that did work is among the funniest stuff on TV, as far as stuff goes.

I actually liked season one better — a little more sense of wonder in the debut — but season two is necessary for defining the type of show Rick and Morty wants to be. It wants to be no less than a masterpiece, which — as far as animated sitcoms go — it pretty much is.