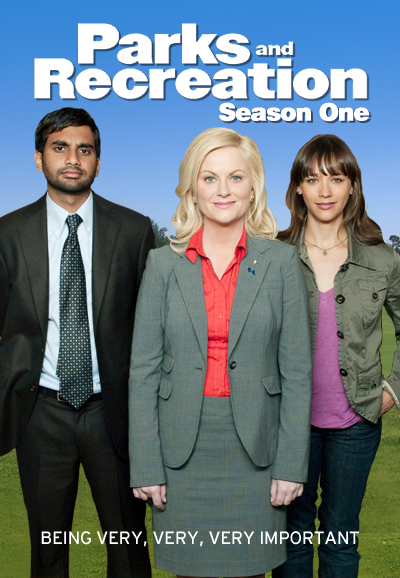 Parks and Recreation season one (2009)

Parks and Recreation ended its run in 2015 with one of the greatest sitcom finales of all time.  It’s easy to forget that it began as a shameless clone of The Office, even if it ended up surpassing it in terms of overall quality.

Season one of Michael Schur’s NBC workplace comedy is influenced by The Wire according to Wikipedia, but that’s just a prestigious throw-in by some random editor.  This is The Office 2.0, let’s not get it twisted.  Amy Poehler’s Leslie Knope is a less funny, female version of Steve Carrell’s Michael Scott, while the haphazard mockumentary aesthetic screams Dunder Mifflin.

Luckily, the season finale (“Rock Show”) strings together all the untapped potential from the first five disappointing episodes, allowing Parks and Recreation to come into its own.  There’s just too much talent, in front of and behind the camera, for this show to fail.  Plenty of Office and Saturday Night Live alums handle the writing, while Poehler, Aziz Ansari, Chris Pratt, Aubrey Plaza and Rashida Jones are all stars waiting to be born.

Remember, The Office season one was a vastly different show in its early goings, too.  The beginnings of Parks and Rec isn’t pretty, but, hey, it’s only six episodes and none of them are outright terrible, and one of them is actually really good.  Sometimes that’s all you can ask for from a network sitcom debut.  If you’re asking for more, I’ll answer: seasons two thru seven.

Parks and Recreation season one