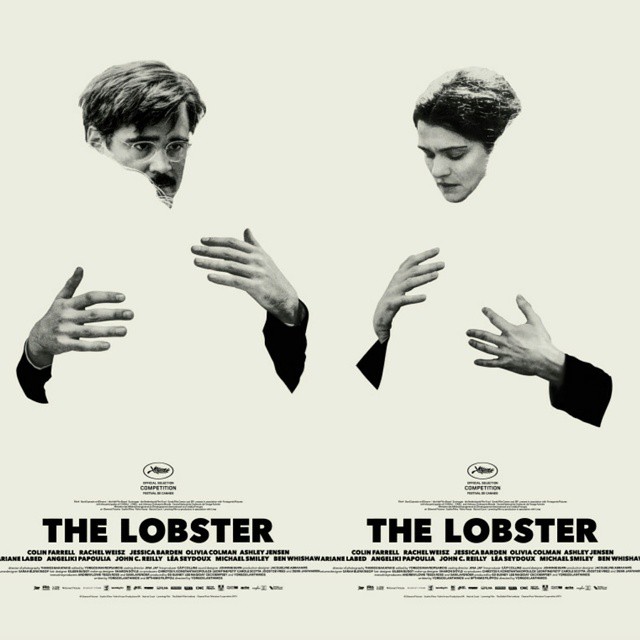 Relationships, eh? We all go through ‘em.  We love, we cry, we fuck, we fight.  We do it all over again, with different people, with varied results.  The Lobster is an absurd way of looking at them.

Director Yorgos Lanthimos, of Greek descent.  A new name in world cinema? This is the first film I’ve seen by him, and he seems to possess his own special brand unique to the 2010s Euroindie aesthetic.

After watching The Lobster, I’d call Lanthimos the anti-Wes Anderson.  They share many stylistic and conceptual traits, but have totally opposite ways of going about them.  Where Anderson is quirky, Lanthimos is absurd; when Anderson is heartfelt, Lanthimos is deadpan.  Both are singularly idiosyncratic, though, I’ll give them that.

Like Wes Anderson’s semi-fantasy worlds, the plot of The Lobster requires our full trust in director Yorgos Lanthimos (love that name).  After one viewing, he hasn’t earned it completely, but he has certainly earned a re-watch, no doubt.  The Lobster moves from one emotionless visual metaphor to the next—it is basically a deconstructionist look at relationships.  Do we need something in common to be together?

In fact, all the emotion is taken right out of the movie.  Every character acts in a completely deadpan, emotionless manner.  That’s why I was so jarred by the dissonant voiceover narration (provided by Rachel Weisz, who plays Colin Farrell’s love interest).  After a while, you get accustomed to what Lanthimos is doing here, though it is frustrating at times.

Colin Farrell does an excellent job playing our leading man, whose animal of choice is the lobster.  His performance plays a huge role in earning our trust for both Lanthimos and The Lobster, a film that is sometimes hard to like.

But like it I do.  I can see myself enjoying it more and more upon re-watch, picking up on little quirks and symbolisms that I hadn’t before.  The ending, for one, is quite a doozy.  Based on whether Colin Farrell returns to that table a blind man or not, if at all, splits the difference on the entire philosophy of the film.  Meaning, Lanthimos either has a very cynical or pleasantly optimistic take on love.  In a daring cinematic stroke, he leaves it completely ambiguous. μαλάκα.

However you look at it, The Lobster is simultaneously funny and hearteflt, moving and relatable, bleak and beautiful.  This is the first film I have seen from Yorgos Lanthimos—the Greek anti-Wes Anderson—but I plan on searching out the rest.

I (jokingly) called Lanthimos a malákas two grafs ago, by the way.  Jokingly, because I’m a sucker for hardcore ambiguity.  That’s why I called him that in Greek.  And I apologize for the spoilers.  Guess I’m one, too.