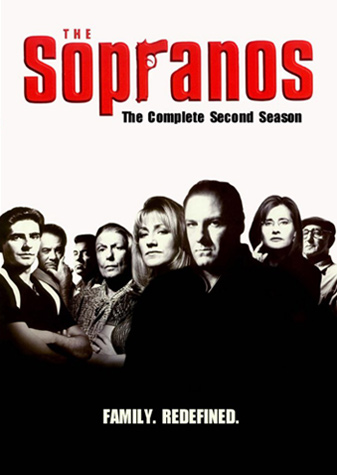 Season 2 was the Legendary Season of Chris.  He became a stockbroker, he went to acting class, he met Jon Favreau, he got shot in the spleen, he died and visited Hell, etc.  All the while, he was always the funniest guy in the room—the best comedic voice in The Sopranos’ funniest overall season.

I basically gave the top spot to Chris because Tony usually gets it every other year.  Kind of like when Steve Nash won those back-to-back MVPs.  Anyways, Tony is getting used to being the Boss in season two, and it causes him to be highly aggravated throughout.  But an aggravated Tony is the funniest Tony, and a funny Tony is usually the best Tony.  Comedic gold from Gandolfini in Year 2, while also proving in “Funhouse” that he could carry emotional weight better than anyone on TV, before or since.

Junior was somewhat a villain in the first season, but he and Tony make amends early on in season two.  Junior faces many hardships this year—gets put under house arrest, breaks his hip, gets his hand stuck in a garbage disposal, etc.—but Dominic Chienese’s onscreen presence makes for an instant day-brightener.

Richie may have been a vile human being—just ask Beansy—but he was entertaining as hell.  He’s a sick puppy, but he has tremendous moxie for his size.  Richie’s untimely death was the most shocking moment of the season, probably of the entire series, but I’ll always remember him for David Proval’s performance of Pacino-like intensity.

Due to Nancy Marchand’s health, Livia’s role was greatly reduced compared to season one.  She’s as big of a nihilistic old bitch as she ever was, but she’s not the main foil anymore.  Best sight gag of season two: Livia coming down the stairs while Janice and Richie are having (disgusting) sex.

Dr. Melfi continues to be The Sopranos’ moral compass, but even she goes a little off-the-rails this season.  I mean, did you see how much vodka she chugged before her therapy session with Tony? An obscene amount.  Love how she doesn’t take shit from Tony anymore, consistently throwing sharp jabs at him.

In retrospect, not too big of a year for Carm.  Her strain with Tony grows ever so slightly—just enough to kiss the interior decorator.  But once again, the materialistic Carmela is bought off with an expensive mink coat.

Whilst in Italy, Paulie interrupts Tony to tell him he has to take a shit.

The secret backbone to Season Two. Big Fish Pussy would have held the #1 spot in these rankings had he been eligible for the list.

Unpopular opinion: I enjoy Born in the USA more than Born to Run.