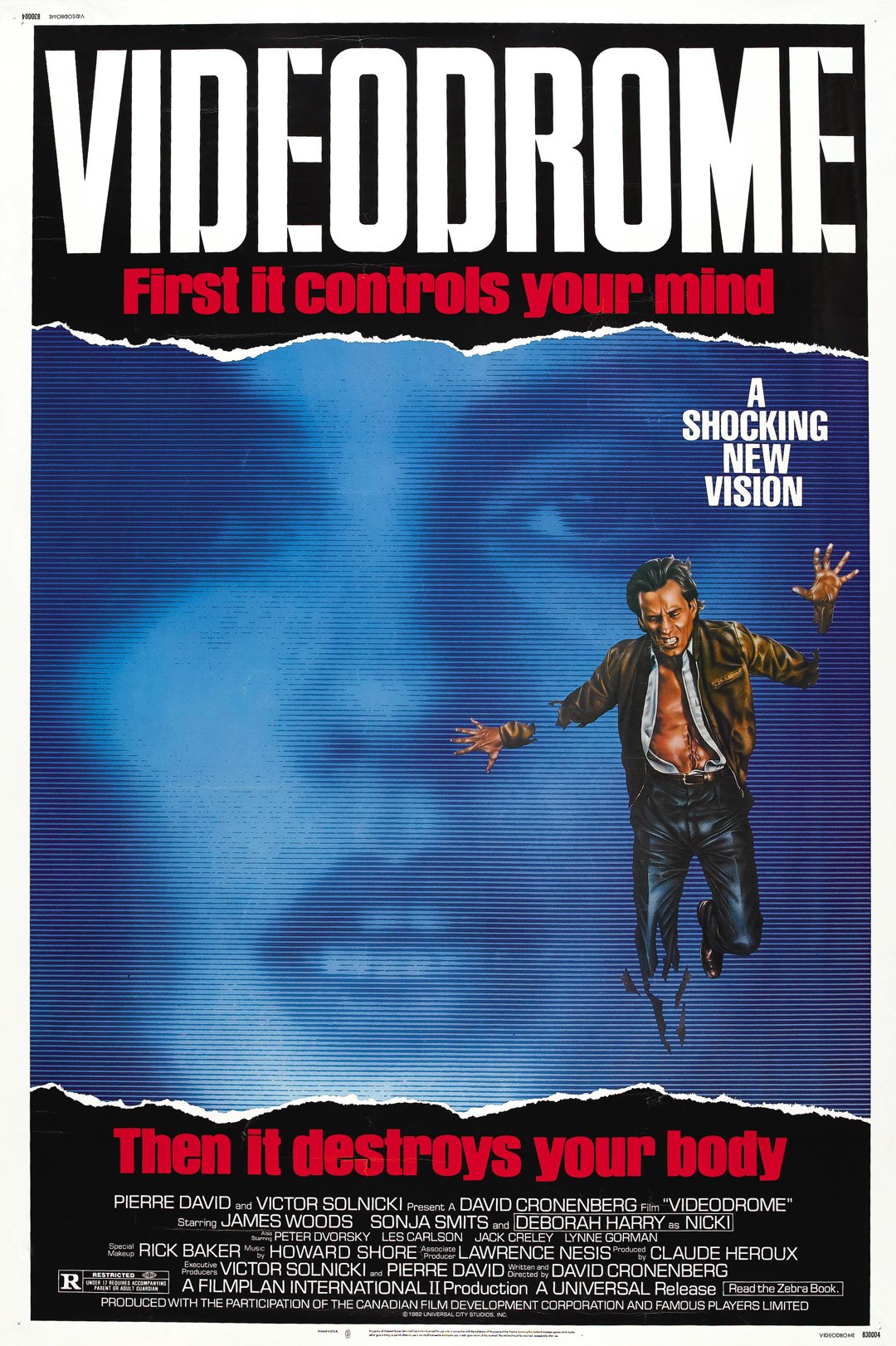 I didn’t understand Videodrome—I’m still not sure what the titular “videodrome” is—but I know I liked it.  Techno-surrealism is the genre here, and it’s almost everything you could have ever hoped for.  That’s a compliment, I think.

Videodrome brings up moral issues still relevant today; namely, the role that TV and violence play in our lives.  The two are combined to appeal to our senses and soon we are stimulated to the point that we “transform.”

James Woods plays a sleazeball (what else is new?) cable-TV producer named Max Renn who specializes in sensationalistic programming.  One day, he stumbles upon a stray signal broadcasting a show called Videodrome, which consists of endless torture and murder in a reddish-orange chamber.  Max believes that this is the future of television.

The disturbing snuff films start to have hallucinatory effects on Max.  He tries to discover the truth behind Videodrome, involves himself in a murderous large-scale conspiracy and ultimately loses touch with reality.

The plot ultimately proves too confusing for this film to be great.  Storylines are picked up and dropped, most of the supporting characters are arbitrary and there are several needless twists.  Even the film’s message—whether it is pro-media or anti—is cluttered.

But Cronenberg’s directing is in peak form here.  He builds up a stable of tension throughout, even after a slow beginning.  When the film goes gloriously off the rails for its final act, Cronenberg’s hand is there to make sure it doesn’t falter.  The final 20 minutes are great, grotesque surrealism.  Nothing really makes sense, but the visuals can take you on a journey.

It’s a shame that the ending falls a bit flat.  One of those “that’s how it ends?” semi-disappointments.  It only added to my confusion.

For a film with faults so large and emotions so cold, Videodrome has a surprising amount of staying power.  A movie that doesn’t tell a good story shouldn’t be this good.  But I guess that’s why it’s a cult classic.

Cronenberg’s vision is so uncompromising here that the film succeeds on aesthetics alone.  That’s something only a great director can accomplish.  Another 1983 film that pulls off the rare feat of triumphing because of its mise-en-scène: Francis Ford Coppola’s Rumble Fish.