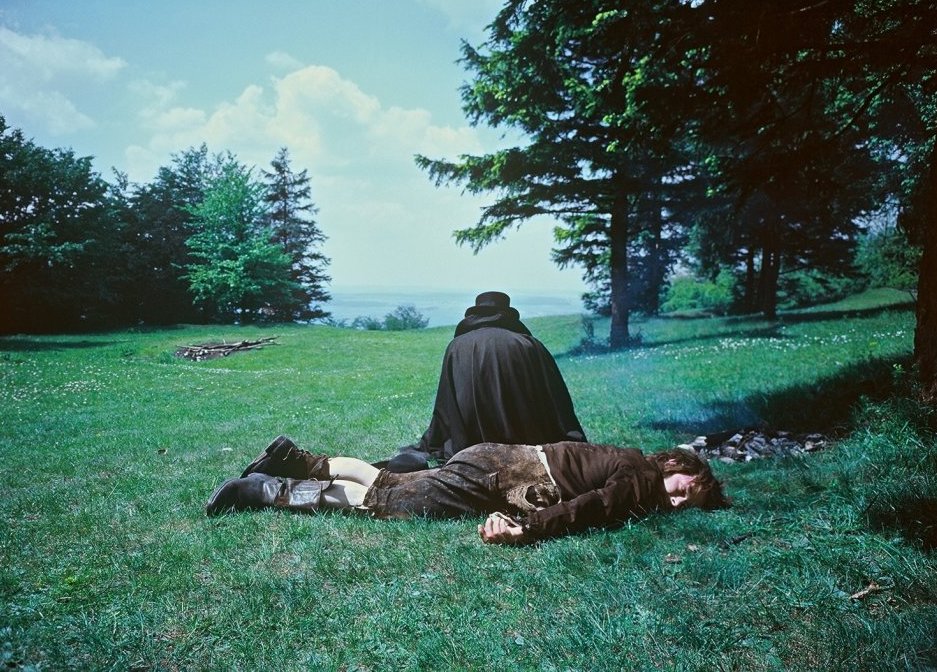 The Enigma of Kaspar Hauser just might be German director Werner Herzog’s funniest film, but it is also his most human—perhaps the purest distillation of what Herzog tries to say with every picture.

Herzog likes to put his subjects in extreme situations, testing the limits of their humanity, with many of them descending into pure madness.  By stripping his characters bare of complex emotions, Herzog uncovers what makes us human.  The primal is all that is left, and Herzog’s extended nature sequences lyrically emphasize our place in the world. Kaspar Hauser itself opens with a hypnotic shot of a sea of tall grass swaying in the wind.

Kaspar Hauser—portrayed with striking realism by non-professional actor Bruno S.—spent the first 20 years of his life locked in a cellar before being released by a mysterious man clad in black.  He is found in the town of Nuremberg in 1828.  He is the perfect Herzog subject—completely out of touch with reality.

Kaspar has never seen another human, has no perception of fear, knows not how to speak or read or write—he is a human in name only; as true an outsider to our race as ever there was one.  As Kaspar learns our customs, discovers dreams and music and philosophy, the film gives several humorous barbs at the human condition.  Yet through Kaspar’s naiveté, the film gives us a rare gift—a better appreciation for life.

If you like Herzog, then The Enigma of Kaspar Hauser is sure to be an unforgettable experience for you every time.  If you’re new to the maverick, then the slow, naturalistic pacing and the cynical nonchalance may take some time getting used to.

But the deadpan humor should be enough to convince any naysayers.  Kaspar’s unorthodox approach to logic and the way Bruno S. delivers his lines had me bursting out in laughter throughout much of the movie.

While it may be Herzog’s funniest film, that does not exclude it from being one of his deepest and most enigmatic.  One sequence near the end, in which a dying Kaspar tells of a vision he had about nomadic Berber tribesmen in the Sahara, is worth pondering for days.

Herzog was surely the best international director during the 1970s, and his filmography from that decade competes with the likes of Scorsese and Coppola for top honors.  His run of Aguirre, the Wrath of God (1972), Kaspar Hauser (1974), Heart of Glass (1976), Stroszek (1977) and Nosferatu the Vampyre (1979) is almost unparalleled.

Yet Herzog’s films are not time-stamped.  They always seem to take place in a surreal, mystical dream-space, apart from reality.  Everything about Kaspar Hauser, as the title suggests, is an enigma.

One of the Deutschmaster’s finest.