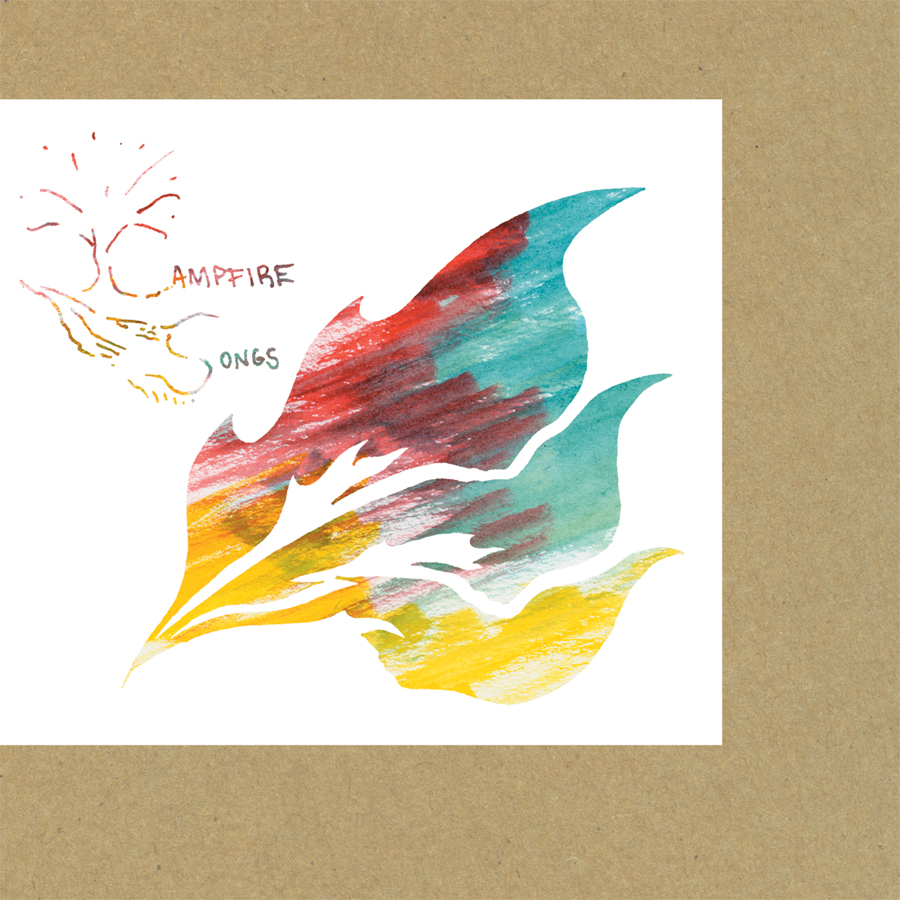 So, they call this, uh, freak folk, eh?  Not quite?  Whatever it may be, this is experimental lo-fi music, no doubt.  Not at its best either.

Campfire Songs was recorded on a porch in the freezing Baltimore November by Avey Tare, Panda Bear, and Deakin.  They all play acoustic guitar and they all sing, though Avey naturally takes the lead.  And “singing” might be a loose term.

Perhaps it was the weather, perhaps it was the Maryland shrooms, but the vocals are mumbled and purely inaudible for the most part, for aesthetic reasons of course.  This is a trance album, more than anything.  The three acoustic guitars strum out the same chords and notes and melodies repeatedly and the voices pretty much follow suit, an exercise in neo-hippie mantra.

In my piece, “Summertime Celebration with a Band of the Decade Contender”, I talked about Animal Collective being a great, er, summer band.  This is still an undeniable truth, but listening to their early formative years, you don’t get that fun-in-the-sun vibe.  Spirit They’re Gone, Spirit They’ve Vanished is more in the category of “night music”, at least for me, and Danse Manatee is more akin to “garbage music.”  Campfire Songs is certainly a frozen winter album.

In small doses, this ambient-trance freak folk sounds downright mesmerizing.  “Doggy”, at four minutes, is a wonderful psychedelic little tune.  Other times (most of the time), the repetitive strumming is just boring.  And the long running time (42 minutes for 5 songs) doesn’t really help either.  In fact, that’s not even a long running time at all, but it sure as hell feels like it.

11-minute closer “De Soto de Son” brings in a little melody and the album is all the better for it, a slight precursor to what the future will bring for these lads.

Essentially—though bonus points cuz Animal Collective, duh—this is what it is: porch music.